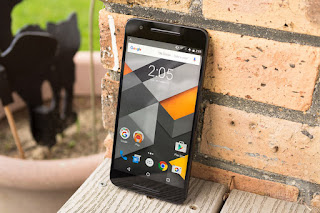 The Chinese telecom company Huawei has partnered with the Internet giant Google to provide the pure Android lineup. Also the second 6-inch from the giant. The ‘P’ stands out to mention premium.
The phone was launched on October 2015.The Resolution of display is 1440p x 2560p with 518 PPI. the beast is powered by 3450 MaH battery. Nexus 6P is equipped with 3GB of RAM and 32/64GB ROM . The Nexus 6P runs on Qualcomm Snapdragon 810 Processor Clocked with 2GHz. The Cons Side of the phone is its storage limitation that can’t be expanded. The beast feels bulky with the weight of 178.00 gm . Phone looks slim with the thickness of 7.30mm. The device has a single nano sim slot while connectivity option include Wi-Fi, Bluetooth ,GPS,NFC, and 4G ( supports Band 40 , in India Limited 4g networks Provide Band 40 ).The phone comes with limited basic sensors like Proximity sensor , Ambient light Sensor, Accelerometer and Gyroscope.The device runs on Android 6.0 Marshmallow as per Google promise will be up-gradable to Android N . If you are not a large screen phone user then may be you will feel little weird , choices depends on you .The type C charging is really awesome for the fast charging (Rapid charging) . The nexus imprint (Fingerprint scanner) is one of the fastest unlocking available all over the globe.  Unlike a lot of other Android phones, Nexus smartphones are free of branding on the front. The premium doesn’t support wireless charging due to its processor. The primary camera work like a charm.

Note: Some of the User Reported with Yellow Screen and Wi-Fi couldn’t  get connected automatically, you have to change to 2.4Ghz mode for reception.
Tweet Pin It