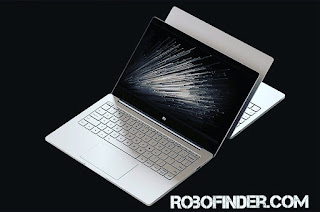 Xiaomi a chinese smartphone maker company had recently launched its 2 variant of Notebook Air.The Major Focus on laptop that to make the Laptop User Friendly .The MI Notebook Air Includes some Basics useful Ports like HDMI port , USB 3.0 , USB Type C port and 3.5mm Audio Jack . The MI Notebook Comes in 2 variants one of them are 13.3″  and Another 12.5″ Display  with the Resolution of 1080p Full HD Display coated with Edge to Edge Glass Protection . the Body of the The Laptop is Made up of Full metal. The Laptops Runs on Windows 10 OS, which is very useful while Multi tasking. Xiaomi Tried to Make the Laptop in Competition with Apple’s Macbook. the keyboard is full-sized with backlight . the Backlight on the Keyboard makes Writing Easier at night . in some physically Design Both MI Notebook Looks quit Similar with Each other , but in Specs both are different from each other .
The 13.3-inch Mi Notebook Air is powered by a sixth generation Intel Core i5 processor, coupled with Nvidia GeForce 940MX GPU with 1GB of GDDR5 VRAM, 8GB of DDR4 RAM, and a 256GB PCIe SSD. A second slot for an SSD drive is provided. Xiaomi is claiming a 9.5 hour battery life, with the battery said to charge 50 percent in 30 minutes.
While 12.5-inch Mi Notebook Air, it’s said to be 12.9mm thin, and weigh in at 1.07kg, which is thinner than the 12-inch MacBook’s 13.1mm thickness, but heavier than the Apple laptop’s 0.92kg weight – whereas the MAcbook does sport a smaller 12-inch display. The MI Notebook arrives with a full-HD display, it is powered by an Intel Core M3 processor with 4GB of RAM, and a 128GB SATA SSD alongside a second SSD slot. The Battery Backup about to 11.5Hrs.
Both laptops are slimmer than their Apple counterparts. This is not confirmed that when will be its launch in Indian Market.
Kindly Read Specs Below For More Basics Features and information .