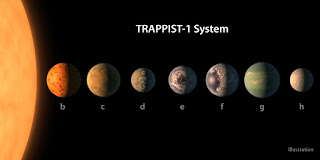 NASA has Announced on a new discovery about planets that orbit stars other than our sun.Nasa Confirmed 7 New Earth-sized planets around a single star outside our solar system, 3 of them are in habitable zone ,yes You heard Right .These 7 Earth-sized planets were seen by NASA Spitzer around a nearby, ultra-cool dwarf star called TRAPPIST-1.The TRAPPIST-1 star & 7 Earth-sized planets orbiting it, are relatively close to us; located ~40 light-years away.This is normal for a small mass star and this is not a problem for life.
These All News Are Confirmed By NASA. Hope of life , we will settle there 😉
Sources:- NASA Twitter Handle. 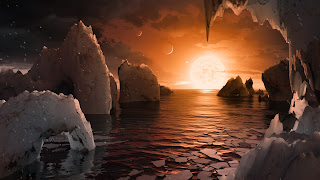