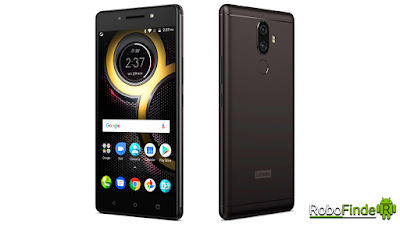 After a long time, Lenovo has launched a new smartphone under its brand. Lenovo K8 Note is the new model launched by Lenovo which has to compete with most popular mid-end smartphones  Xiaomi Red Mi Note 4 and Honor 6X in order to become successful in this segment.
Let’s have a  look at the Lenovo K8 Note Smartphone.
Lenovo K8 Note is the first smartphone of Lenovo to embrace stock Android. This smartphone comes with two variants 3 GB RAM with 32 GB ROM at Rs.12999/- while 4 GB RAM with 64 GB ROM at the price of  Rs.13999/- in India.The design of the device is slim and light weight made of a metal body while the top and bottom edges are plastic.The screen size is 5.5 inches Full HD (1920 ×1080 ) with Corning Gorilla Glass protection. And yes,  there is water repellent nano coating on the device which has been featured in Motorola phones. On the left side, there is sim tray and micro slot while on the right side there are volume controls and power button. A dedicated hardware button is provided for music.The two speaker grills are on the either sides of micro USB port on the bottom while the 3.5mm head phone jack is at the top.
This time Lenovo has used MediaTek Helio-X23 processor clocked at 2.3 GHz instead of its traditional Qualcomm processor.
The battery is of 4000mAh which can last for a single day on a single charge.
Lenovo K8 Note will run on Stock Android Nougat 7.1.1 with google assistant and multi window options.
The main camera uses 13 Mega-Pixel sensors while secondary camera uses 5 Mega-Pixel sensors with LED flash.
Final Verdict
Look, dual camera and stock android are the plus points of this Lenovo K8 Note but still, it has to challenge the most popular smartphone Red Mi Note 4  in this segment.