Author: Jeet
Chinese Giant Oneplus launched its OnePlus 6T McLaren Edition Globally.
Oneplus 6T McLaren edition Comes with a bunch of Stuff inside the box, Along With Slogan “ Salute to Speed”.
OnePlus Earlier troubled the All Flagship mobile phone companies with their good specs and amazing features.
OnePlus 6T McLaren Edition comes with a carbon fiber design below the glass and on the rear panel, also the logo of McLaren placed on the bottom of the smartphone.
This time OnePlus and McLaren Came together to build a super fast Speed Phones.
The Key highlights of the smartphone are its 10GB of RAM, and the company’s new fast-charging technology Warp Charge 30.
The Smartphone will go on sale in North America and Western Europe on 13th December  2018. Huge market and fan Following of Oneplus in India may be they Reveal the launch date of OnePlus 6TMcLaren Edition in Mumbai Event. 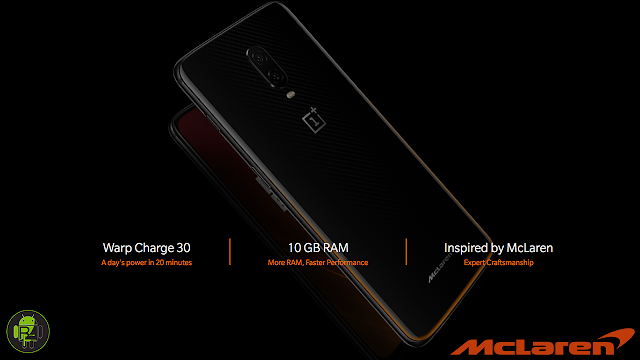